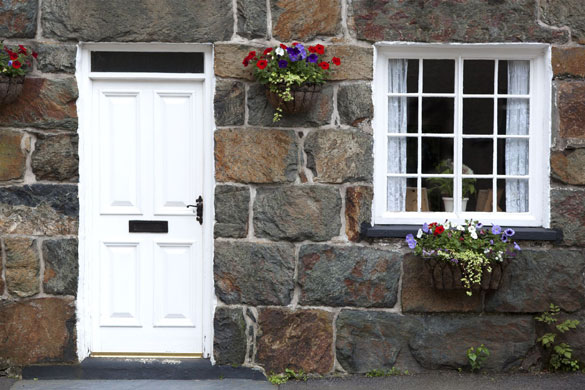 Those of you that have visited the Holiday Let Mortgages website before and have seen our case study section will know that we like to bring our work alive by telling you about real people and their holiday let mortgage scenarios.

Here is our most recent case, we hope that you find it useful.

Douglas got in touch after seeing an article about us in the press. Mark, our specialist mortgage consultant took the call and listened carefully to the enquirers objectives.

Douglas told Mark that he and his wife were 58-year-old, fully employed professionals on salaries of over 100K each; intending to retire at age 65 years. He went on to say that a large portion of their retirement objectives would be funded from sale of their circa £1.8 Million 6 Bed St Albans home.

The couple had found a detached, 3 bed property in Anglesey, N Wales overlooking the sea; advertised at a price of £550K. An offer had been accepted and the Estate Agent had said that there was no chain as the current occupants were moving abroad. The plan, Douglas told Mark was to purchase the property in Anglesey now at today’s prices, use it as a Holiday Let until retirement, then sell up in St Albans and move to the Anglesey property.

Mark said that Douglas and his wife were not alone in this sort of medium term retirement planning.

They went on to talk about the potential for holiday let rent and Mark confirmed that based on the projections that Douglas had received, a loan of 68% LTV should be available on favourable terms. The conversation then naturally led to the source of the 176K deposit needed to fund the purchase.

Douglas said that it was to be provided from residential equity, however his existing lender was “proving difficult”.

The lenders consultant had told him that although the outstanding loan of 170K was set up on an interest only basis, further borrowing in his case would need to be on a capital and interest basis to age 65, which did not fit their “affordability” assessment model. The Consultant went on to say that that interest only loans were allowed in their criteria. However, the applicant would need to have an amount equivalent to the full loan available in suitable investments on day 1, to have their affordability assessment carried out on that basis.

Mark told Douglas that he specialised in Holiday Let mortgage business, however was aware that a few lenders had differentiation policies in place that allowed them to stand out from the crowd when competing in the interest only mortgage lending market.

He asked permission to share information with and refer Douglas to Kerry, at Enhanced Wealth Ltd, our parent company. Mark told Douglas that Kerry specialised in residential and buy to let mortgages and that her knowledge, combined with a sound objective brief should pay dividends in his case. Mark duly spoke to Kerry and briefed her on the situation and objectives. She called Douglas within the hour.

Having had a full briefing from Mark, she told Douglas that raising capital for the stated purpose and the interest only structure of the loan was available, but needed careful placing.

Kerry went on to say that in his case affordability could be assessed on an interest only basis. This was because there was sufficient equity in their current home to repay to loan and allow the purchase of a new home as part of a credible downmarket move. Kerry said at in their case as they intended to move into the Anglesey purchase, they were in effect just moving money from one property to another in what was to all intents and purposes a long term bridging facility.

Douglas like the idea and requested that Kerry look into the case further and organise some key facts illustrations, which she duly provided the same day by email, after requesting that Douglas complete a mortgage “fact find”. On receiving the Key Facts illustrations, Douglas telephoned Kerry and said “having not used a Mortgage Broker before we are impressed at how you work and what you have achieved so quickly for us, we had to wait 4 days to secure a fruitless appointment with our existing lender”

Douglas accepted a product and duly completed the application process with Kerry by email. Kerry managed to obtain a Decision in Principle on the case within 12 hours.

In the background Mark had been working on the holiday let mortgage side of the transaction, so as to to ensure that the case had been quickly accepted and valuation instructed on the Anglesey purchase. The valuation had come back positive and an offer issued in a total 15 days from receipt of the initial application paperwork!

Shortly after the holiday let mortgage offer was issued, Douglas received his mortgage offer for the residential side of the transaction, which of course included the capital raising element, which was to provide the deposit for the purchase of the Anglesey property.

The case completed in 7 weeks start to finish, much to the delight of Douglas and his wife..

It's often an advantage to discuss the financial side of a deal before everything has been agreed. So please call us on 0800 840 3111 and tell us your holiday let ideas.